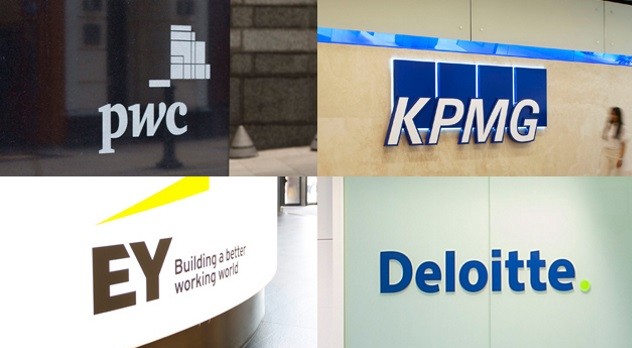 Learn the Big 4 job search advice they didn’t teach you in school.

Sign up for insider tips on how to break into the Big 4 without any prior connections or warm introductions.

Mike is a great example of how you can land a full time Big 4 job with KPMG from a non-target school. Through networking and hustle, he made his way to KPMG and is now a Senior Associate in their Audit practice. He also shares some tips on what NOT to do during an interview, and how some of his mistakes cost him a potential offer from PwC.

From non-target to KPMG

Mike: After the internship ended, I went back to college in Charleston for my senior year and wrapped up their program. Since I didn’t want to take any Big Four internships in South Carolina, which was all they could offer, I started researching Masters in Accounting programs up in the New England area that would end up placing me in Boston, Connecticut, or anywhere up here.

I stumbled upon Northeastern University, and they had a very interesting program that appealed to me. I graduated from Charleston in May of that year, and the Northeastern program started about two weeks after that. So it went from late May to late November . That timeline readied you to start a year earlier than anybody else doing an MSA program.

So, just by doing that, It kind of put me under the same bubble as all the people that did their 150 credit hours in four years. Some people knew about that but, with a smaller school in South Carolina, I didn’t.

How networking helped get his foot in the door

James: How did you start your job search process once you got to Northeastern?

Mike: So, then once I started Northeastern- It was all about networking for me. It was awesome because the very first day at Northeastern, the faculty and advisors were all saying , “if you guys want to land jobs, this is what we’re going to do for you.”

So, I started talking to the right people. If you build the right connections early on, and people know that you’re serious about getting a job, they’ll see that, and they’ll want to help you. If you’re like half-assing it they won’t be as enthusiastic about helping you.

James: So, how did you approach networking? Were you actively seeking people out that you thought could help you land a job?

Mike: I got lucky to some extent. I found out that the head of the program and the head person that was trying to place everybody, just happened to be one of my first professors. And so, just by him having me in class, seeing me as a person, and kind of seeing my resume, he helped get my foot in the door for the interview.

James: So, who this guy?

Mike: He was KPMG Partner for 30 years or so, and he ha just retired a couple years ago and decided he wanted to get into academia.

James: What do you think sold him on you? He obviously can’t get every student a shoe in the door.

Mike: I think just because from the very first time he met me, he could tell that I wanted to get the best job that he had to offer. Out of the people that started in the May class with me, I was the only one that got a job at the Big Four. There were a lot of Big Four level talent people there, but because of whatever background they had, and they didn’t get the ball rolling as fast as I did. Literally, the first time I met him I was like, “Hey Jim, this is what I want to do, here’s my resume, how can you help me get there?”

Other students, maybe second or third week, after they acclimate to the accelerated nature of the courses for an MSA program, that’s when they were trying to go out and just look for jobs. I just got there a couple weeks earlier than they did, in terms of being ready to recruit myself and pitch myself.

James: So, it’s kind of the first mover advantage?

Going through the KPMG interview process

James: What was the process like once you got that first round interview lined up?

Mike: I think I had a couple of screening calls on the phone. Pretty standard, just like, what’s your background? Nothing technical by any means. And then, once you kind of make through the screening call, they bring you into the office.

I didn’t even have a super day treatment. I talked to two people for 30 minutes, one Partner, one manager, one newer manager, I think. It was surprising because, I probably had one of the worst interviews of the life with the Partner. But, I had the best interview of the life with the manager. And I think I realized then, and I think it makes more sense now, that the managers have equal if not more say than the Partner sometimes because they’re working with you, way more. And if they view you as compatible as a first year and the partner doesn’t,

I think the manager’s stake almost weighs a little heavier, so that could be a good little tidbit. If you screw up the Partner interview, you’re not 100 percent screwed.

James: Why do you say it was so bad? What do you feel like made it go not the way you wanted it to?

Mike: He asked a couple questions that I should have been ready for, it was like, your biggest weakness, why do you want the job so much? And because I essentially had most of my eggs in the KPMG basket, I just got a little nervous and gone down just, you know, slippery slopes of just rambling.

James: Now that you’re full time – what have been some things that you’re enjoying about the work that you do?

Mike: One thing that’s been kind of crazy is all the extracurricular stuff. These firms have to keep people interested. I’ve been pretty involved, like volunteering, doing thing like the Pan-Mass challenge and other fundraising social events. Those have been a lot of fun and rewarding.

James: What advice for people looking to get their foot in the door?

Mike: If you don’t go to a target school, your best bet is to really double and triple down on networking. You have to really try to make connections and sell yourself to get a foot in the door at Big 4 firms.

I had an opportunity with PwC. Because I didn’t have any connections there, I submitted my resume to the general application, which a lot of people do at non-target schools. And that’s just such a stressful process because there’s three + levels of phone calls.

You have the first person, screening you, making sure you can talk on the phone a little bit.

The second person – they are only going to ask you the technical questions. And it was the driest person who wouldn’t laugh along with any of your shitty jokes. So, without having another person to play off of and it’s all over the phone, that was really, really tough.

So, my recommendation is if you’re gonna go- If you’re at a non-target school and you get the phone interviews, you almost have to be a little more prepared to answer the more technical questions.They’re not behavioral questions, they’re situational.

“Hey, tell me about a time when you were ethically challenged? So, why did you feel that way and what did you do about it?”

“Tell me about this situation xyz.”

You have to know those a lot more than your average person who’s going to go into the office, and already have the face level contact with the managers and Partners. I think if you can do a good job at those you have a good chance at least landing yourself at the same level as the other kids that are at target schools.

James: Yeah, those are always tough because you got to have the examples ready to go and try to apply them to the job essentially.

“tell me about a time you faced and ethical dilemma and what did you do about it?”

And you’re sitting there, maybe can muster five seconds before it’s awkward on the phone. And if you don’t put together something, you don’t want to lie but you also just don’t want to just not have that good of an example. So that didn’t go well for me obviously.

So that’s why I ended up at KPMG and not PwC. If I had prepared a little better for my PwC interviews I would’ve had some more options. But I’m happy where I’m at now and hope your readers find some of my experience helpful!